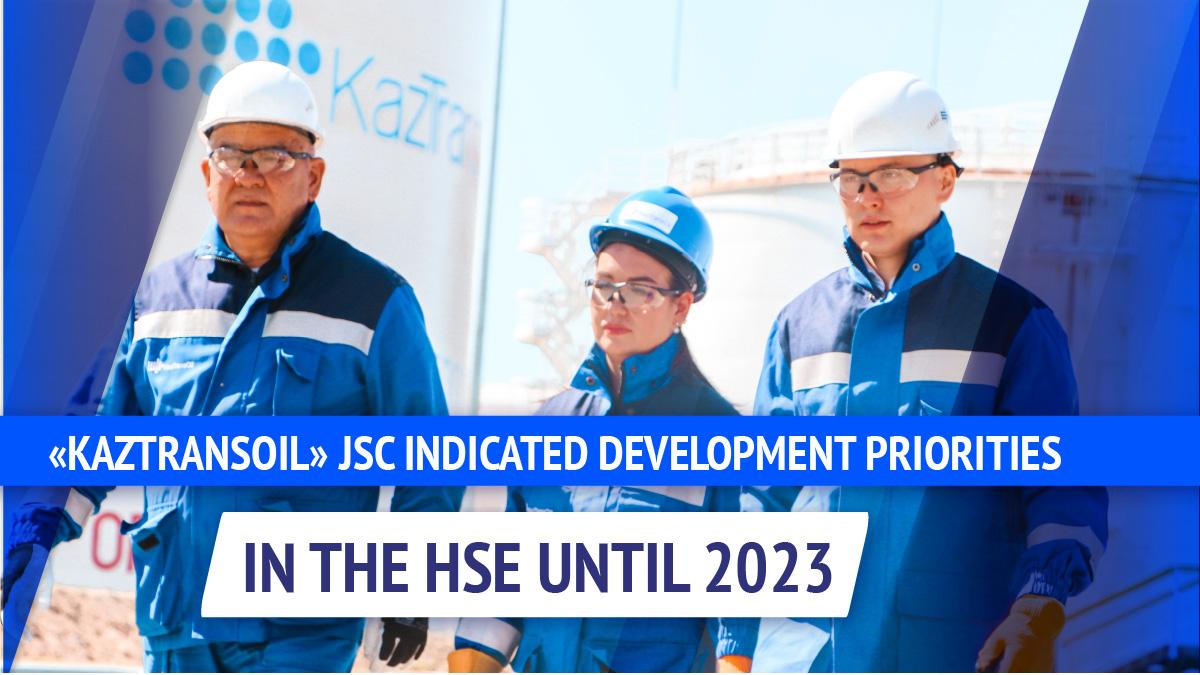 «KazTransOil» JSC indicated development priorities in the HSE until 2023

At the third annual HSE (Health, Safety & Environment) forum of «KazTransOil» JSC, held under the slogan «Safe future» in online format, the Company's priorities in the health, labor and environment protection for 2021-2023 were indicated. These include occupational safety, health and the environment, improving the safety culture, and implementation tools management system. At the same time, in the coming period, the focus will be on employee leadership, compliance with the requirements of the Code in the safety and labor protection «Golden rules».

Deputy General Director of «KazTransOil» JSC Alen Tanatarov addressed to the participants with a welcoming speech. He noted that 2020 was declared the Safety Year in «KazTransOil» JSC. This project implements large-scale HSE initiatives and introduces new corporate standards and technologies.

During the forum, it was reported that the JSC NC «KazMunayGas» Groups has improved its HSE indicators over the past five years. In particular, the following coefficients decreased: fatal accidents - by 86%, injuries - by 38%, road accidents - by 42%.

The concept of zero industrial fatalities was presented by HSE Project Manager of Total Cyril Santoni. Hans-Horst Konkolewski, Secretary General of the International Social Security Association (ISSA), spoke about the features of the «Vision zero» safety culture. The impact of industrial companies on our planet and the environment was discussed during a speech by Irina Bagautdinova, Head of the Environmental Safety Department of  «Gazpromneft-GEO» LLC. Irene Toxopeus, Security Leadership Manager of Royal Dutch Shell Plc, told the cases on personal and organizational responsibility in HSE.

Konstantin Nikonov, Gas and electric welder of the Eastern Operator Services Department, won the competition «My safe workplace». The second place was awarded to the diver of the Atyrau Oil Pipeline Management Viktor Kushnarenko, the third place - the commodity operator of the Zhezkazgan Oil Pipeline Management Temirgali Zhuanyshbayev. For reference:

»KazTransOil» JSC –  the national operator of the Republic of Kazakhstan for the main oil pipeline. It is a part of the »KazMunayGas» JSC Groups. It has a diversified network of main oil pipelines with a length of 5.4 thousand km. Transports oil to Kazakhstan's refineries and for export in 5 directions: »Atyrau-Samara» and »Kazakhstan-China» oil pipelines, the port of Aktau (oil loading into tankers), transshipment to the CPC system, and the railway (filling into tanks). Production facilities of »KazTransOil» JSC are located in Mangistau, Atyrau, West Kazakhstan, Aktobe, Pavlodar, Karaganda, Kyzylorda, Almaty, Turkestan, North Kazakhstan regions of Kazakhstan, Nur-Sultan and Shymkent. 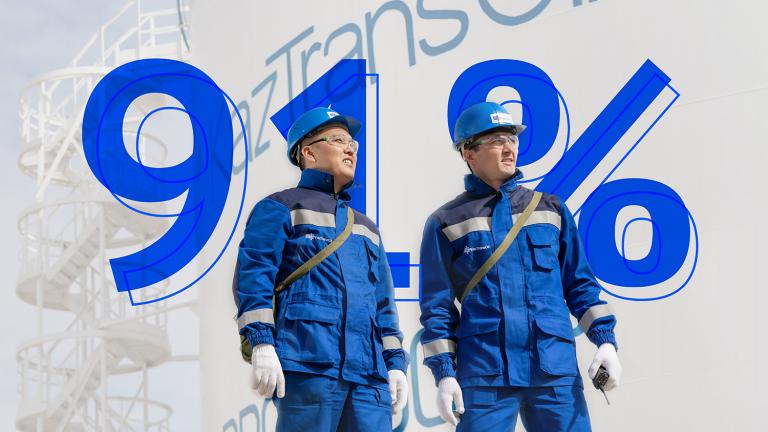 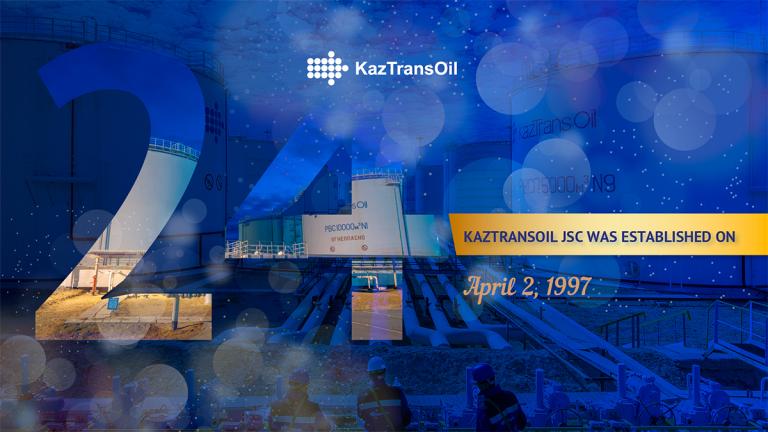 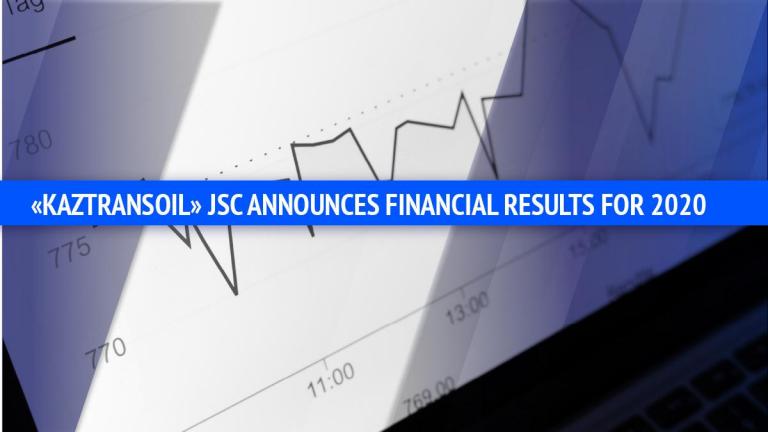 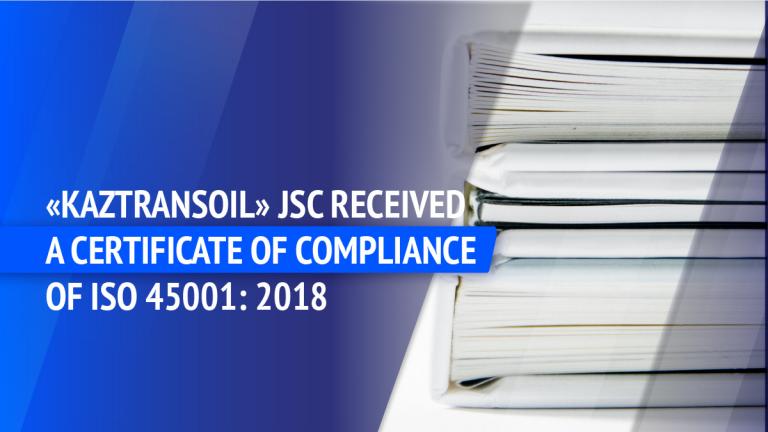 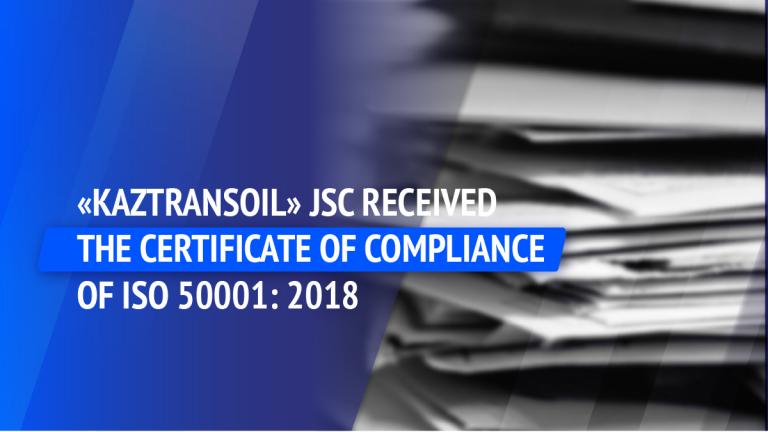