In its daily activities, KazTransOil JSC is guided by the principles of transparent, conscientious and ethical business behavior, and also conducts systematic work to identify and combat corruption and fraud in any form.

The main internal documents regulating the issues of corruption combating in KazTransOil JSC are as follows: The main tools and mechanisms used in KazTransOil JSC in order to combat corruption are: At «KazTransOil» JSC we foster a speak-up culture. Violations of the legislation and/or the Code of Conduct, including facts or alleged cases of fraud, corruption, discrimination, unethical behavior and other violations can now be reported via the Samruk-Kazyna hotline.

This hotline is operated by an independent entity, KPMG Tax and Advisory LLP (KPMG).

Calls to the hotline can be provided by all persons in Russian, Kazakh and English through the following communication channels: The hotline is open 24 hours a day, seven days a week, 24/7. At the same time, telephone calls are accepted by the operator from 09.00 to 18.00 from Monday to Friday. The rest of the time (including holidays / weekends) telephone calls are received by an answering machine with the ability to record calls. Processing of inquiries received outside business hours is carried out on the first business day after the receipt of an inquiry. 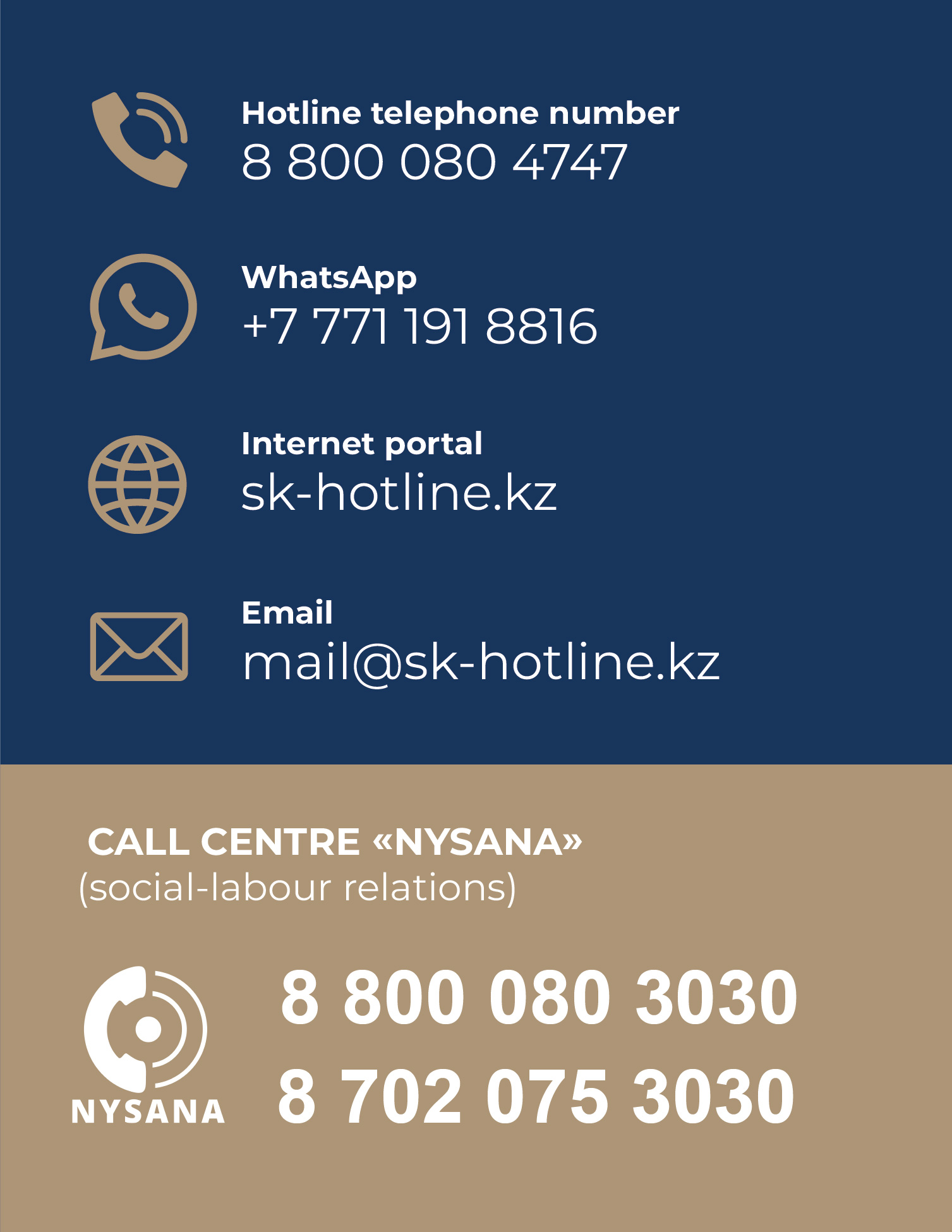 Information about the facts of violation of property and non-property rights and interests of KazTransOil JSC can be reported to the number  +7 (776) 044 52 13.

In 2021, persons equated to persons authorized to perform public functions and their spouses, in accordance with the Law of the Republic of Kazakhstan «On Combating Corruption», took part in the first stage of the general declaration.

The Company shall not be held responsible for the correctness of the findings of the person concerned as to the correctness and completeness of the translation of documents into English, as well as conclusions on the rights of the person concerned and / or obligations of the Company, made on the basis of the documents posted on the website in English.
Partners