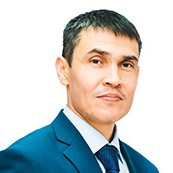 The Company shall not be held responsible for the correctness of the findings of the person concerned as to the correctness and completeness of the translation of documents into English, as well as conclusions on the rights of the person concerned and / or obligations of the Company, made on the basis of the documents posted on the website in English.
Partners